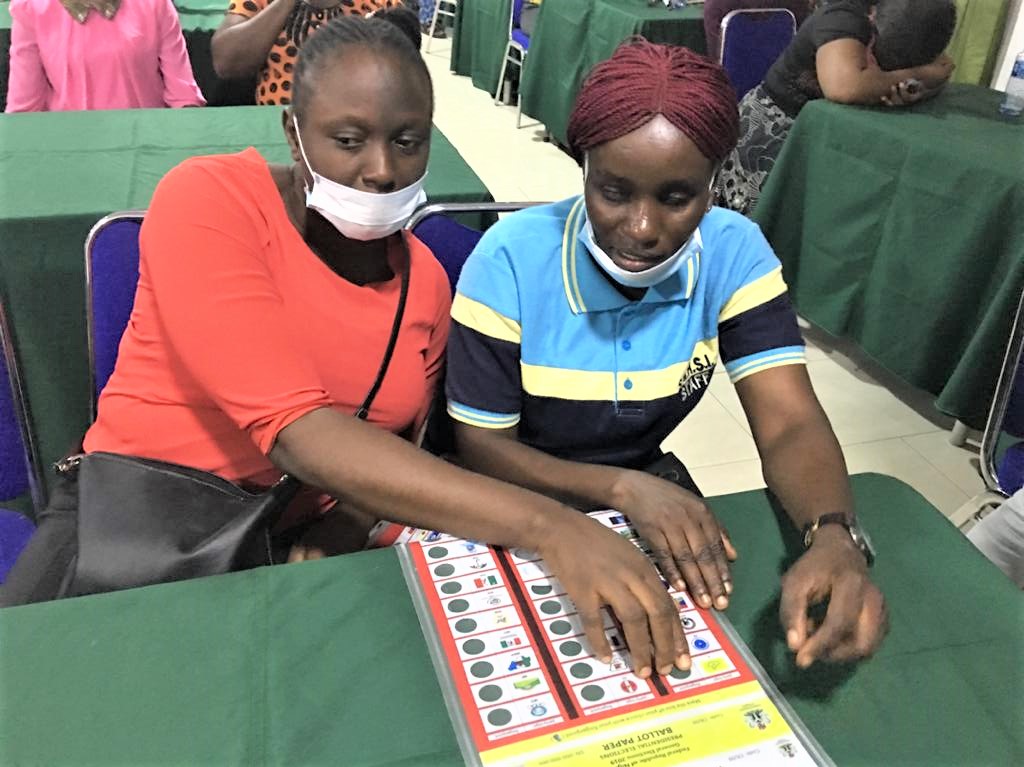 Request for help by an elderly, visually impaired electorate, who could not identify the logo of her preferred party led to a shouting march among agents of political parties participating in Saturday’s Ekiti governorship poll at Fajuyi House, Polling 007, Ado Ekiti.

The voter had told the INEC’s ad-hoc staff at the polling unit that she could not see the logo of the party she wanted to vote for.

Even though all the party agents present agreed the woman should be assisted, the choice of who would assist her almost led to a brawl among them, as they rejected those that volunteered to assist the voter.

While the matter was being resolved, voting was temporarily put on hold. Son to the voter, simply identified as Yemi later showed up and was allowed to assist her to cast her vote.

At a newly created polling unit, Unit 45, Ward 9, Ado Ekiti, INEC Adhoc officer on duty, who refused to disclose his name, said only four voters were on the list. He said one voter had cast his vote, while the other three were being expected.

But at the next polling unit to it, Polling Unit 44, Ward 9, there were several people in the queue waiting to cast their vote.

One of the voters, simply identified as Olatunde, in a chat with our correspondent said “many people were unaware of the existence of the newly created polling Unit 45.

“Whenever the opportunity to transfer registration is created for us by INEC, I will prefer to move my registration to the new polling unit.”